...albeit not as fast-paced as I'd hoped for but nonetheless progress is progress and at least I can be grateful for that.

I'm basically all set to print the next CD just have yet to pick the final candidates, do final tweak mastering, generate album art and pay the duplicators as I place the order.  I have the cash, enough songs to pick from, and all the means to complete all required tasks inhouse myself.  What I'm lacking currently is available free time enough to see it through.  It's the busy season for me workwise and until Thanksgiving I likely won't have much free time other than a few hours here and there.  Under these circumstances essentials like laundry have to take precedence.

Also Im holding out a bit to see if I can motivate myself to write and record at least one new track for inclusion with the pile of oldies set to be released in 43Two, such as I did with the release of One by including track 1, "High on Stupid" written and recorded specifically for the record release.  Ive got a few song ideas in my head and one seems to be standing out more than the rest, so I might just go ahead and produce that one just to get it done and have something new to complete the content portion. I intend for it to be a fairly simple tune with basic instrumentation, so once written, shouldnt take me too long to record and mix.  Stay tuned.  If all goes well my estimate for release of 43Two could be as early as Christmas, otherwise sometime in January.  Not intentional, but that's just about the way I got the first one out.  Here I am two years later.  Hm.  Time flies.

As far as working up a live act, there is still progress happening despite a few setbacks.  Primarily the drummer I have been working with broke his collarbone and just got surgery, so he wont be able to play drums for at least another 2 months im guessing.  Meanwhile my efforts to secure a rehearsal space not only have worked out far better than I could have ever hoped for, it now appears almost a done deal that I will soon begin renting out a little space of my own within a beautiful pro studio here in town with floated floors, double-wall construction, iso booths and patch panels tied into multiple rooms from the live and iso rooms including into the room where Ill be renting space, primarily to house my vintage B3 and its two leslies.  The idea is not only will it be secure in a climate-controlled alarmed and gated space where I can rehearse on it just about whenever I want, the B3 will also be available to the studio's clients for session rental which in one or two days alone could pay the rent.  Word of this development has leaked and clients including former members of Santana's band are already asking when will the B3 arrive, with clear intent to schedule day rate rentals for record sessions.  This has all been made possible by the gracious generosity and negotiations made with Chris Cortez, studio owner and radio jazz station KCSM DJ, also drummer for local reggae band Native Elements.  Much respect.

Once I make it past this current hump of increased work activity taking me to Thanksgiving, chances are good the landing lights will be on to move the B3 to its new home, where the next phase of band development can begin.  If all goes well the studio should be dark most of the Christmas/New Year holiday and we ought to be able to jump in and get going with rehearsals, hoping the drummers bone surgery has healed enough by then to practice.

A few guitarists have been contacted and have expressed interest, once we get to the point where we can call them in we will start some basic rehearsals starting with a list of familiar cover tunes most musicians know already so we can hit the ground running.  The rest will be personality and commitment assessments, logistics and so on.

Putting a band together these days is like herding cats.
Posted by host at 4:24 AM No comments:

Taken just before tonites band practice. Sorry, not going to show any pics of players just yet as things remain tentative in this area.  Drummer has access to a gorgeous studio where for now we can rehearse during studio down-time. Full PA, mint Gretch drumkit, Marshall 4x12 guitar cabs with multiple heads plus vintage Fender twin, bass 4x10cab with a couple badass heads, and oh yes a full grand piano that's well tuned. Im gonna stick a rackmount Kurzweil K2000R in a corner by the piano and will be programming up patches to fit the intial set song order, to mimic what ill be programming inbetween rehearsals at the home studio on the JV-2080. Next project is to pull a G5 out of storage and put Native Komplete on it and park it in the same rack with the K2000R. By the time we are ready to play our first gig, I'll have a road package that'll have keyboard guys drooling; plus a rhythm guitar rig utilizing my mint vintage '56 Magnatone 2x12 with talkbox, vocal harmonizers, the works. 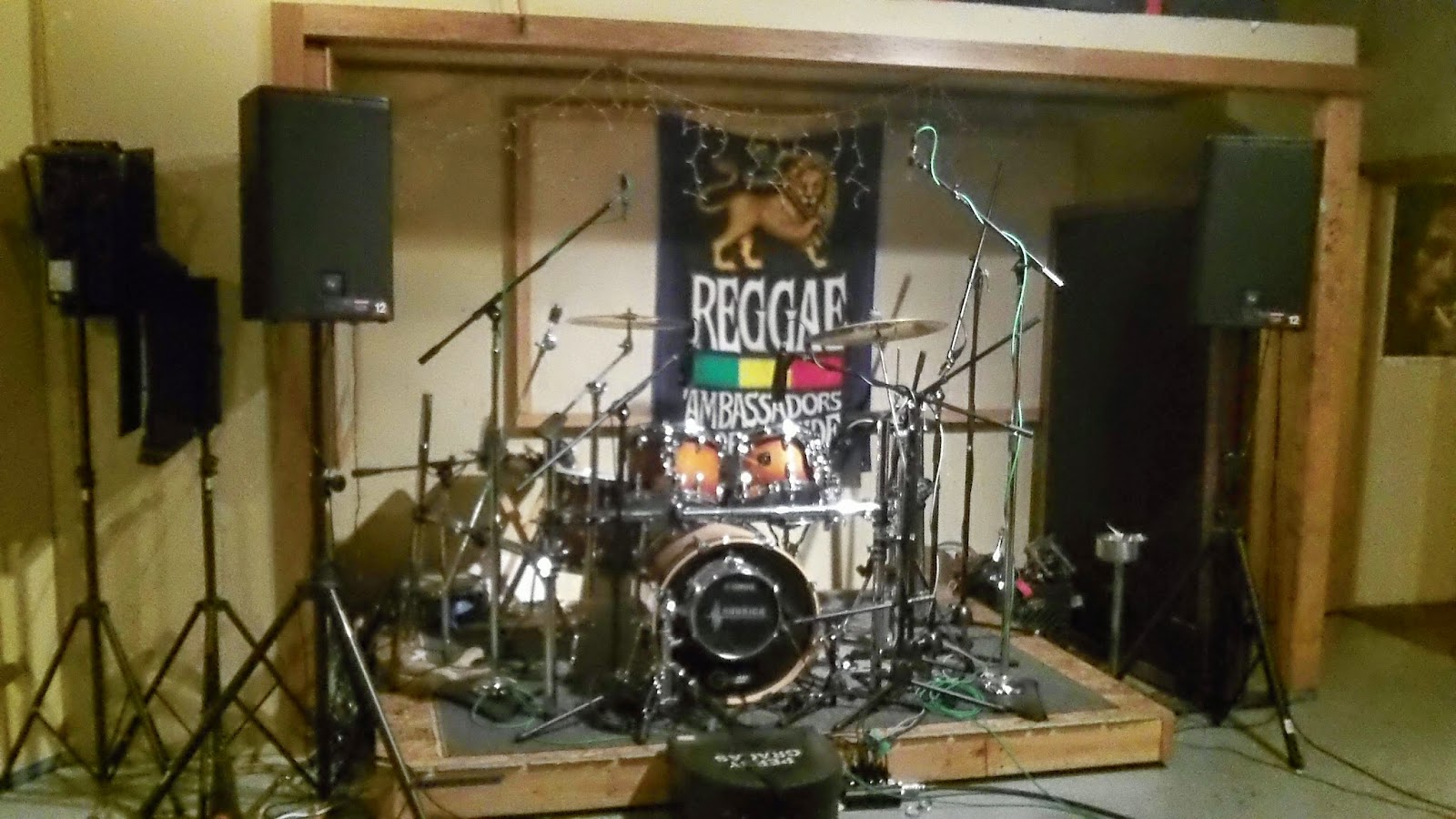 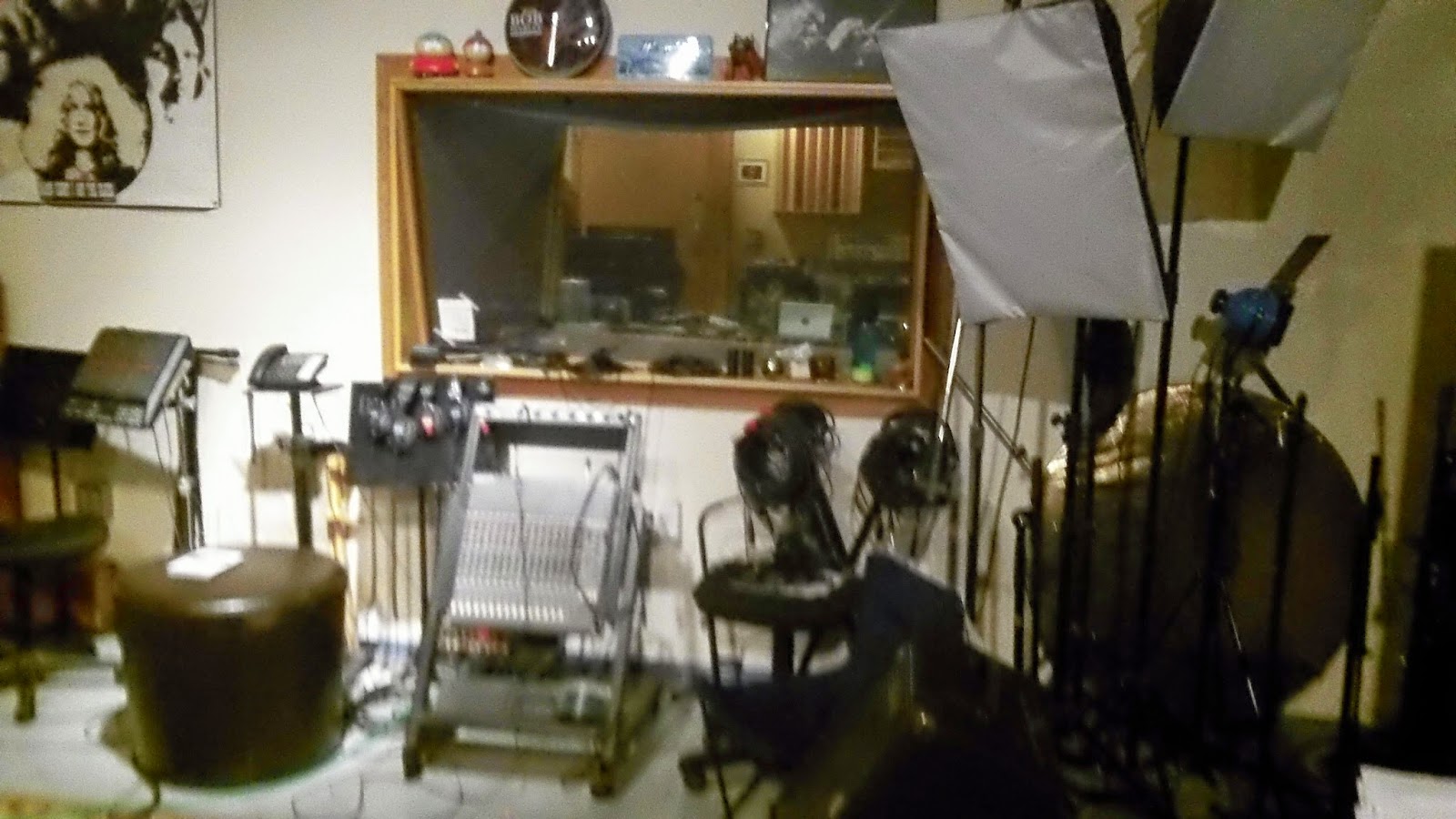 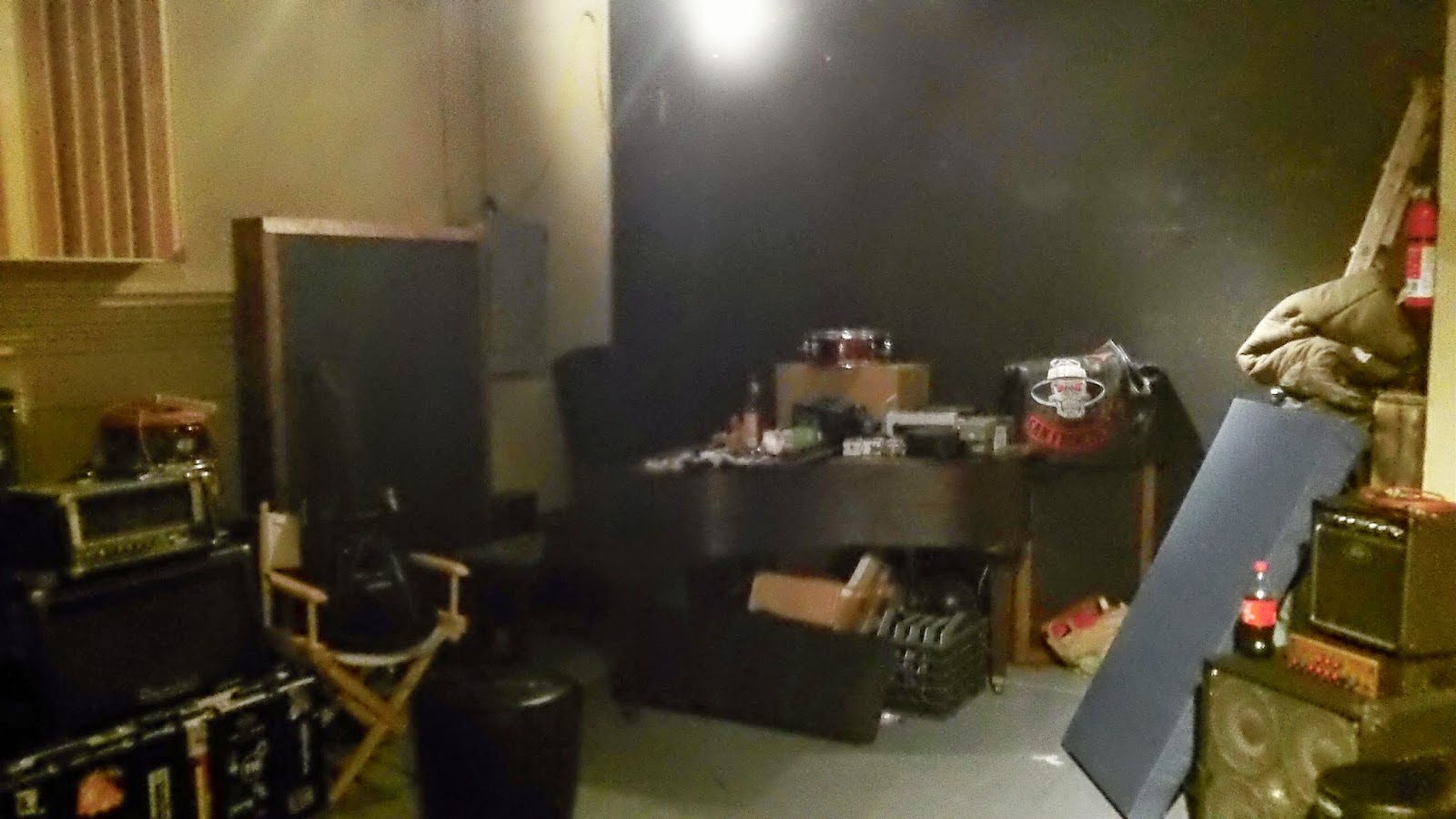 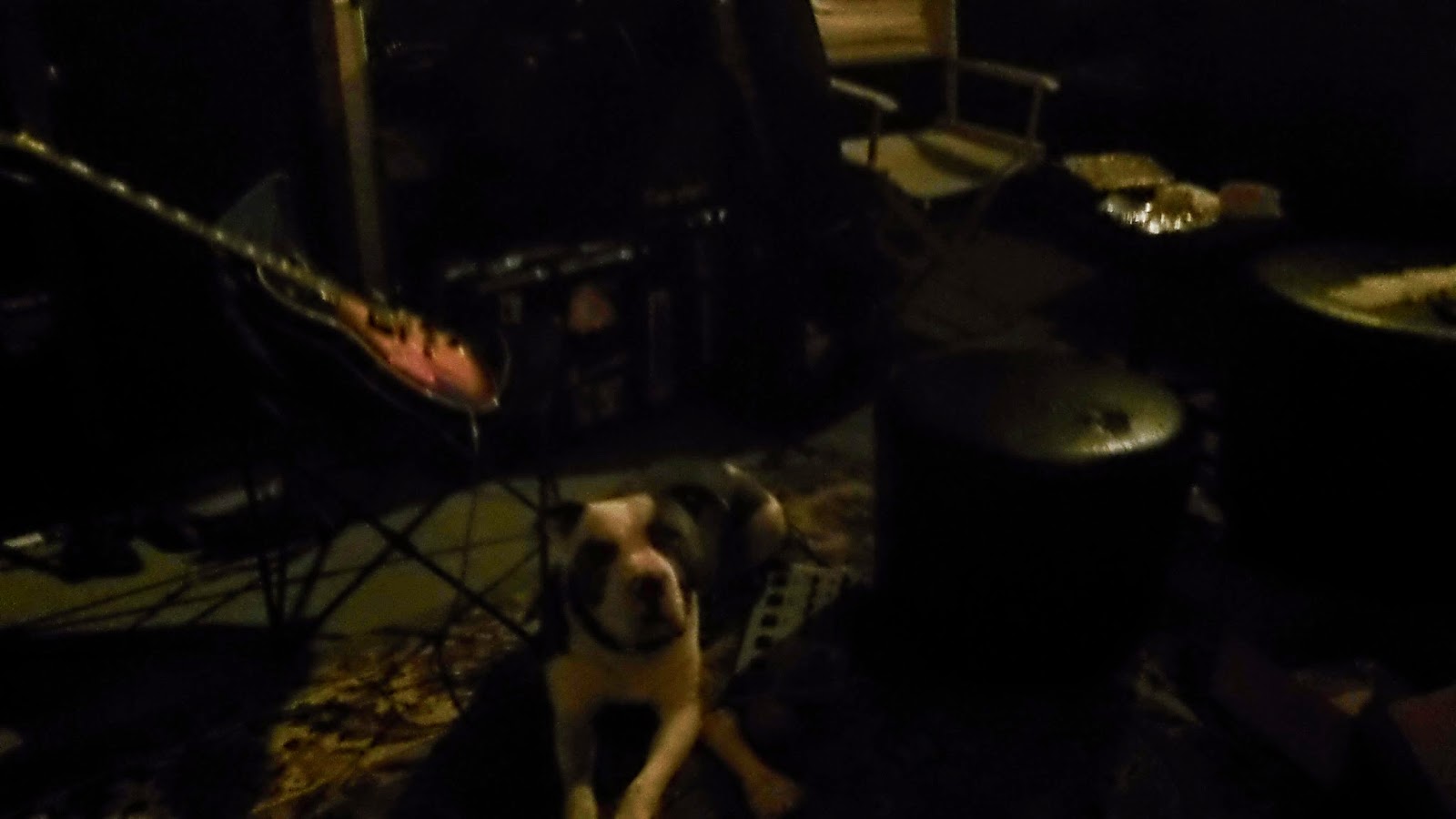 As we are no longer in our teens, life burdens us and its a challenge to arrange even the simplest meeting.  But we are on it, and committed, to whatever this may become.  Sometime soon we will christen this idea with a first rehearsal.  In other news, a notable guitar hero about town has succumbed to blackmail and agreed to occasionally cameo on solo guitar.   Happy new year.
Posted by host at 3:04 AM 1 comment: